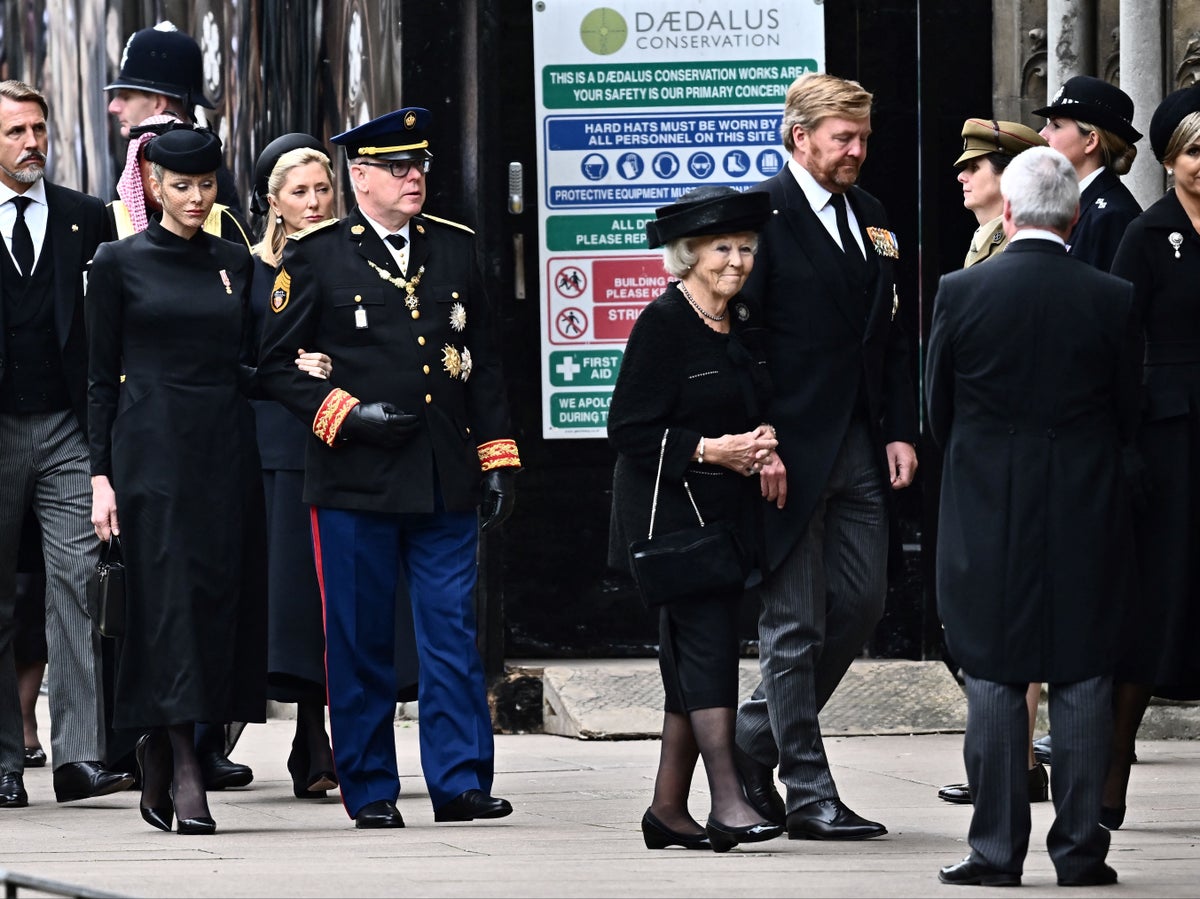 Charlene, Princess of Monaco, has joined other European royals at Queen Elizabeth II’s funeral, where she wore a black ankle-length gown, a veil and a brooch.

The Princess of Monaco, 44, arrived at the Queen’s funeral on Monday 19 September while holding the arm of her husband, Albert II, Prince of Monaco.

For the somber occasion, the princess wore a black, long-sleeved dress, which she paired with a black hat and veil, and a diamond brooch.

The royal’s brooch appeared to be made of red and diamond gems, seemingly a tribute to the red and white flag of Monaco. She completed the look with black tights and black heels.

Prince Albert was also dressed formally in his military uniform, which he paired with black leather gloves.

The couple’s attendance at the late monarch’s state funeral was confirmed last week, with the Prince and Princess of Monaco sharing tributes to the Queen after her death on 8 September.

Princess Charlene paid tribute to the royal on Instagram, where she shared a photo of the Queen and wrote: “I am deeply saddened at the news of the death of Her Majesty Queen Elizabeth II, a truly great lady whose dedication and service was recognised throughout the world during the 70 years of her reign.

Princess Charlene joined other royals in mourning clothes, including the Princess of Wales, who wore a black tailored jacket and wide-brimmed hat with a netted veil, while Meghan Markle, the Duchess of Sussex, chose a black cape dress and a black hat with no veil.

Charlene’s attendance at the Queen’s state funeral comes nearly a year after her husband announced the royal had been admitted into a treatment facility, with Prince Albert telling People at the time his wife was “clearly exhausted, physically and emotionally. She was overwhelmed and couldn’t face official duties, life in general or even family life”.