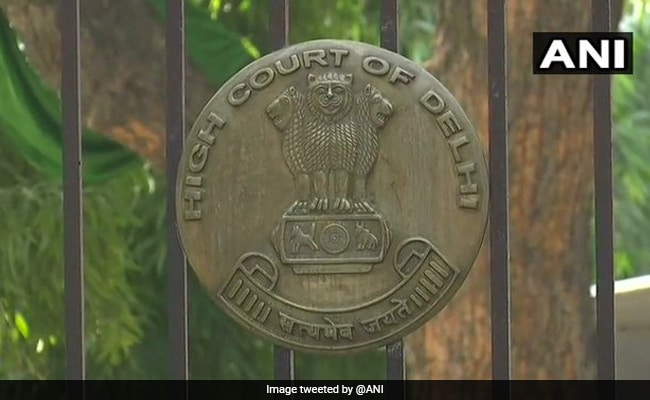 The MoD’s defense counsel told the Delhi High Court that the action would be taken from 6 to 8 September.

The Delhi High Court has recently directed the Police Commissioner (CP) Delhi to ensure the provision of force during the upcoming demolition campaign in Sunder Nagri district of North East Delhi.

The department board headed by Chief Justice Satish Chandra Sharma passed the direction after seeing the case report which stated that the demolition of the unauthorized building did not take place due to the lack of adequate police force.

MCD Permanent Counsel Sanjeev Sabharwal told the court that insufficient police force had been provided for the demonstration campaign against the unauthorized construction.

He also told the court that they will take action on 6, 7 and 8 September in relation to the unauthorized construction / illegal buildings.

After noting the provision of MCD Permanent Advocate, I directed Delhi Police and SHO Nand Nagari Police Station to provide all logistical support including police force availability in this matter.

“The Commissioner of Police shall ensure that the police force shall be made available as directed by this Court on the above-mentioned dates,” the court order read.

The court noted that the Delhi Police lawyer had assured the court to provide logistical support in the matter. The court ordered him to bring this matter to the police commissioner’s notice.

The court directed all parties to submit new case reports before the next date. The order was listed on September 20.

Guidance was passed on the petition of Masjid and Madarsa Ayesha through Advocate Arvind Kumar Shukla and Anu Singla.

The petitioner said the “Delhi Urban Shelter Improvement Board (DUSIB)” had developed this area in Sunder Nagri to provide shelter for the homeless, rehabilitate slum dwellers from different districts, provide them with accommodation and facilitate them with some facilities.

The petition stated that this is an ongoing scheme of the state government since 1984-1985. DUSIB is the nodal agency of the Government of Delhi. To operate, maintain and manage facilities for the areas developed by them in Delhi.

The petitioner alleged that some builders had begun illegal/unauthorized construction on land about 22 yards from 5 to 7 stories next to the basement.

It has been said that all such constructions are not subject to sanctions by the government and basic safety standards of construction are not followed, and this negligent work is done by the builders without any permission or No Objection Certificate (NOC) from the concerned local authorities including the fire department.