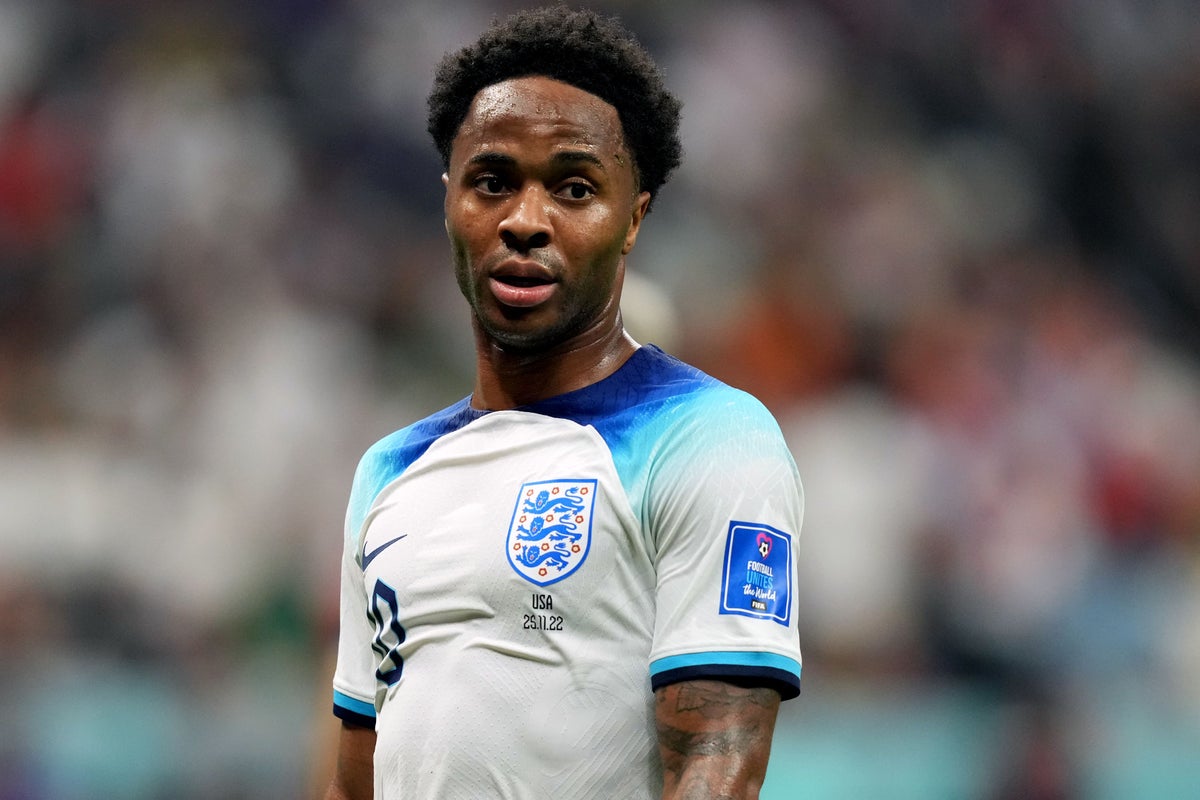 England striker Raheem Sterling is considering a return to Qatar and the Football Association is looking at logistics ahead of a World Cup quarter-final against France, the PA news agency understands.

The 27-year-old striker sat out Sunday’s round of 16 win against Senegal due to concerns for his family’s well-being after a break-in at his home in Surrey.

Sterling has returned to the UK and is believed to be willing to return to the World Cup as long as he is certain of his family’s safety, with additional security measures in the works.

The FA did not provide an update on Wednesday, but it is understood the governing body has been given the green light to consider his return to Qatar.

Surrey police issued a statement Wednesday morning saying they were working to establish whether the arrest of two men Tuesday night in an area near where Sterling lives had any connection to the burglary at his home, which was reported. Saturday.

However, an update on Wednesday afternoon said that “at this time” the arrests were not related to the break-in at Sterling’s home.

“Two men were arrested on suspicion of attempted robbery last night (December 6) in the Oxshott area. They are currently in custody,” the new statement read.

“Following reports of suspicious activity around 6:40 p.m., various resources were deployed, including the dog unit and the police helicopter. Our colleagues from the British Transport Police also provided assistance.

“At this time, these arrests are not linked to an ongoing investigation into a robbery that received significant media coverage over the weekend. That separate investigation is still ongoing and as of 12:00 pm on Wednesday, December 7, no arrests have been made in connection with it.

The Football Association announced on Sunday that Sterling was unavailable for the match against Senegal because he was dealing with a family matter.

Sources close to the player initially indicated that armed intruders had broken into his home while his family was inside, but later police statements said the home’s occupants had reported items missing after returning to the family home from international travel.

Police said Monday they were working to establish precisely when the raid occurred and also offered assurances to the local public that no witness statements had been made about the involvement of armed suspects or threats of violence.