Ryan Reynolds paid tribute to Blake Lively and her daughters in a speech: 'You are my happiness'
Advertisement

Ryan Reynolds and Blake Lively often troll each other on social media, but during Reynolds’ People’s Choice Award speech for the Icon Award ceremony last night, the actor made a genuinely serious comment about Lively and her three daughters, James, 7, Inez, 6 and Betty, 3.

“I have my family to thank,” he said after thanking his work family, via Buzzfeed. “Blake and my three daughters. He is going to be a fourth child very soon. If it happens tonight, while I’m here, I’ll find a sofa to sleep for a while. I dare to guess that [People’s Choice Award performer] Shania Twain has an amazing sofa, I’m just saying,” he joked.

“But Blake and my girls, you guys are literally my heart,” she continued. “You are my hope, you are my happiness. I joke that my family drains me, but really, you give me more strength than any man could ever deserve.” 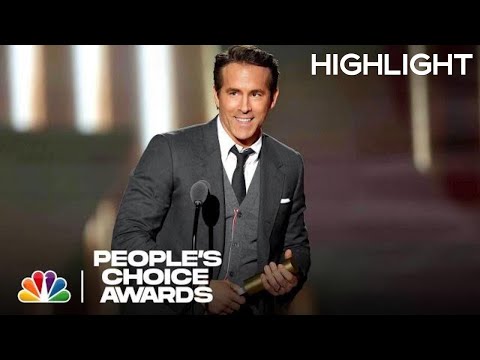 Reynolds shared a rare look at Lively during her fourth pregnancy on her Instagram on Dec. 5, posting a photo of them meeting Santa Claus and Mrs. Claus. “We met Jessica Claus and her husband on the Polar Express. She was everything she had always dreamed of since she was a child. She smelled like cinnamon buns and sangria. 🎄”, she captioned it herself.

Lively poked fun at her husband and his photo cropping job in her comments section, writing: “My. Shoes 🙄”

Lively shared personal photos of her pregnancy in September, in part to discourage paparazzi from watching her home. “Here are photos of me pregnant in real life so the 11 men waiting outside my house for a sighting will leave me alone,” she wrote. “You scare me and my children. Thank you all for all the love and respect and for continuing to unfollow accounts and posts that share photos of children. You have all the power against them. And thanks to the media who have a ‘No Children Policy’. You all make all the difference 🙏♥️. Lots of love! xxb.” See also  Apparently you can buy amazing skin care products on Amazon
In this article: