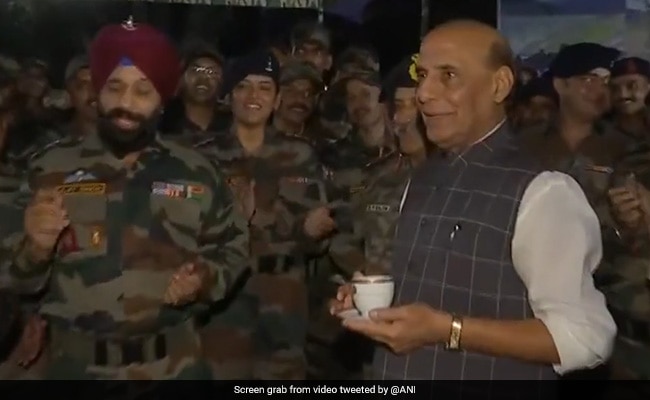 Mr. Singh reviewed the operational readiness of training in the easternmost part of the country.

Defense Minister Rajnath Singh visited the Dinjan military station in Assam on Wednesday and reviewed infrastructure development along the Line of Actual Control (LAC) as well as capacity development along with operational readiness by Lt. Gen. RC Tiwari of the GOC 3 Corps.

The Defense Minister is on a two-day visit to frontline locations in eastern Arunachal Pradesh on 28-29 September.

During the interaction, the jawans sang the song ‘Sandese Aate Hain’ from the movie Border. The Minister of Defense praised his talent and valued his effort and sacrifice for the nation.

The Minister of Defense was briefed on infrastructure development throughout the LAC, as well as capacity building and operational readiness from GOC 3 Corps Lieutenant General RC Tiwari and other senior officers.

Subsequently, the Defense Minister reviewed the operational readiness of the formation in the far east of the country.

During the visit, the Minister of Defense was also briefed on the use of state-of-the-art military technology and equipment to improve the operational efficiency of the troops deployed on the front line.

On September 29, the Minister of Defense will visit the outposts to obtain first-hand information on operational readiness and to interact with the troops. He will be interacting with members of the second religious expedition to Athu Popu, an annual trek by the local Idu Mishmi tribe that is being facilitated by the Indian Army since 2021 as part of the Indian Army’s ongoing outreach and efforts to support locals and the development. tourism