SL vs Pak: I love bowling in the subcontinent – Venendu Hasaranga after winning Player of the Tournament award at Asia Cup 2022

Wanindu Hasaringa was adjudged the man of the tournament at the marquee Asia Cup 2022, which was won by the Dasan Shanaka-led Sri Lanka national cricket team at the Dubai International Cricket Stadium on Sunday, September 11.

Talking about the summit clash between Pakistan and Sri Lanka, the team led by Dasan Shanaka was invited to bat first in the match. Pakistan’s fast bowlers performed exceptionally early and reduced Sri Lanka to 58/5. 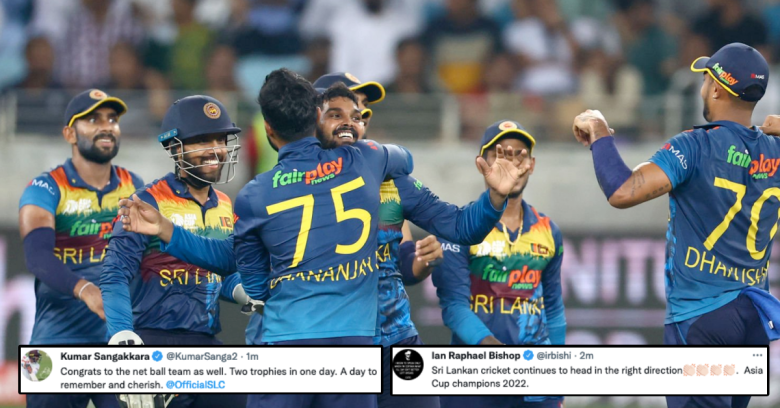 Chasing the target, Pakistan lost the wickets of Babar Azam (5) and Fakhar Zaman (0) within the first six overs and were 37/2 at the end of the Powerplay. Mohammad Rizwan and Iftikhar Ahmed batted cautiously and put on a partnership of 71 runs off 59 balls. However, none of the Pakistani players batted with the strike rate required to chase 171 runs and Pakistan were bowled out for 147 runs.

During the post-match presentation ceremony, Venindu Hasaranga talked about his conversation with Bhanuka Rajapakse when he came out to bat after Sri Lanka’s 5th dismissal in the final. He said:

Venindu Hasringa added that he absolutely loves bowling in the subcontinent. He explained:

“The ball swung in the first few overs but when I batted, the wicket was really good. I love bowling in the subcontinent. I want to bowl on the stumps in these conditions and that’s why I’m successful. I try to bowl hard and bowl dot balls. Our boys did very well throughout the tournament, especially after our loss against Afghanistan.