TGIF: Katrina Kaif started her day like this
Advertisement 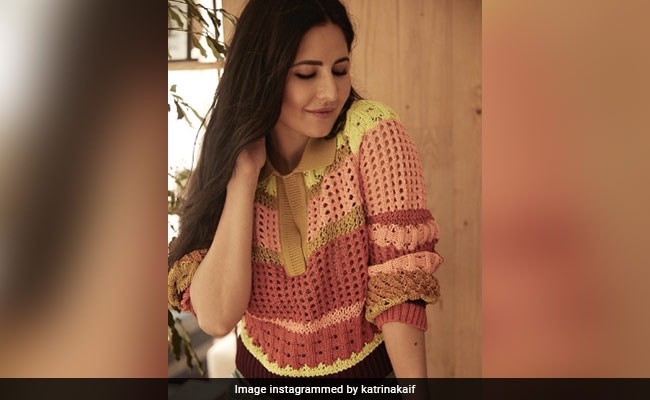 Katrina Kaif had a beautiful morning and how. The actress shared a photo of herself on Instagram, with the caption, “Morning” with a cup of tea and a flower emoji written in the caption. In the photo, Katrina can be seen looking down while running her hand through her hair. She was seen wearing a multicolored jacket with olive green jeans. Soon Katrina’s post was filled with many comments from her fans. One of her fans wrote, “You are the most beautiful angel on earth,” and another wrote, “Beauty” with a red heart emoji. Many people dropped many hearts and released emojis in the comments section. Katrina shared the same photo on her Instagram stories too.

Just a day ago, Katrina shared another photo of herself. In the photo, she is seen wearing a beautiful green saree. Her caption reads, “About Last Night” with a green heart-shaped emoji.

On Sunday, Katrina Kaif shared a short clip on Instagram. In the video, she is seen standing in her garden. She captioned her message, “Sunday sentiments” with a green leaf emoji.

Katrina Kaif often posts on Instagram to update her fans.

Check out her posts: