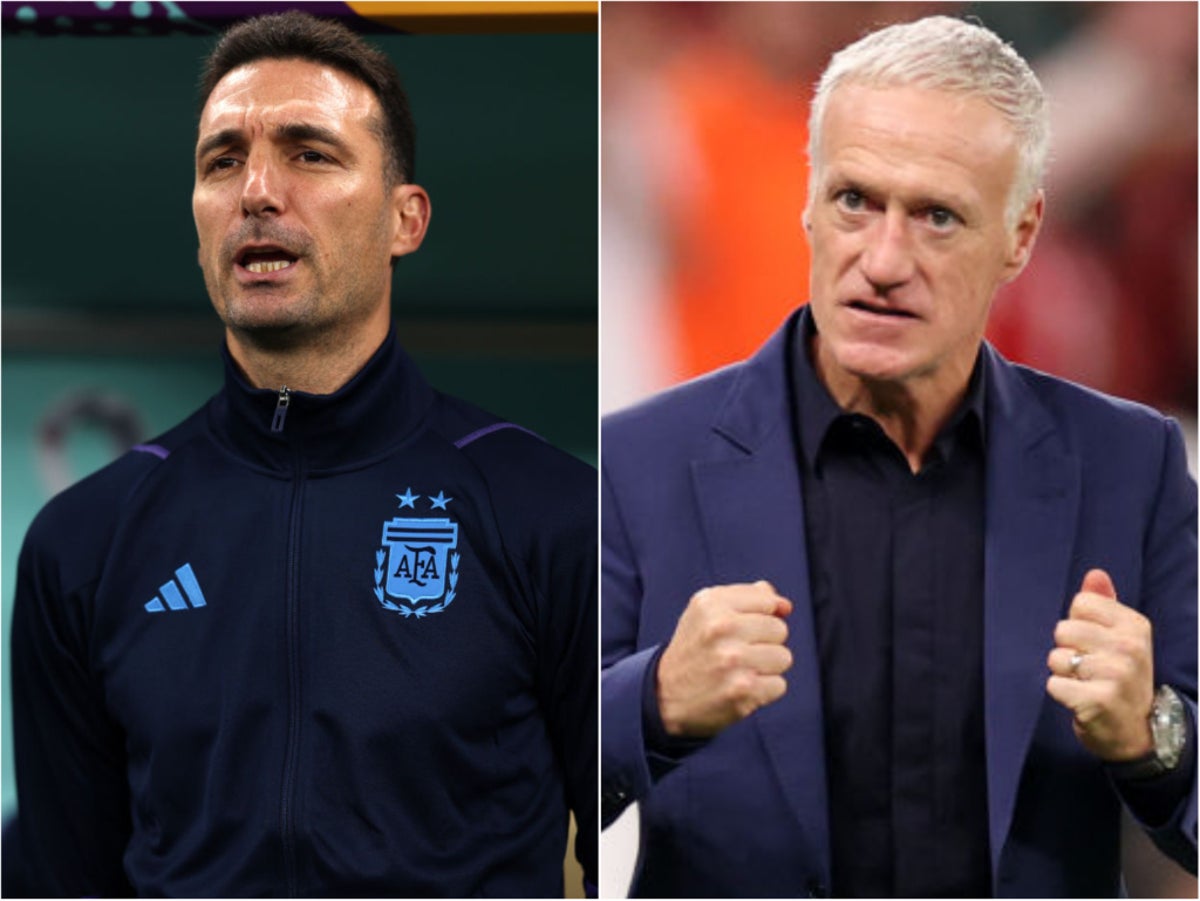 One game, 22 players, two coaches who pick them. In the World Cup final, Argentina takes on France, the two nations striving to add to their own stories and be crowned the best soccer nation in the world.

The burden of responsibility falls on a head coach who has seen and done it all before, and who is inexperienced but a quick learner.

Didier Deschamps triumphed with Les Bleus four years ago and is vying to add his name to a very small hall of fame of coaches to win the World Cup twice, while Lionel Scaloni is still in his first senior job, having only he directed Argentina Sub 20 before graduating. to a high-level position.

While both have reached the final with their respective nations, they have done so in vastly different ways in terms of their tactical plan, consistency in team selections, and even how late results and goals have set the course of their progress. .

As such, there are key decisions both managers now face ahead of the most historic game in Qatar.

Scaloni may only have one major decision to make, but that call will spread and lead to further adjustments in personnel, in the plan to thwart France and in how many people will try to stop Kylian Mbappe.

La Albiceleste’s loss to Saudi Arabia in their opening group game led to a shake-up in both formation and personnel, and it has been a slight case of turnover in various areas of the pitch ever since. In the round of 16, Scaloni has lined up his team in 4-3-3 and 3-5-2, before switching to a fluid 4-4-2 in the semis to defeat Croatia. They will likely have to decide between those last two matches and formations to take on France.

See also  World Cup 2022: Where to watch every game across BBC and ITV

To begin with, playing two up front has left Julián Álvarez much closer to Lionel Messi.

That helps the number 10 by having someone occupy a defender, by doing a lot of off-the-ball work for him, by having a powerful presence nearby to hold or chase the ball and, as four goals have shown, by having another clinic. option to go to. Help Messi, and naturally help Argentina.

But behind them come two key decisions: match France more or less three against three in midfield? Or try to repeat the approach against Croatia, overloading that central area to get 2v1 defensively and prevent any easy access to France’s attacking third?

The choice of how to defend in the middle is only part of the equation; the second big decision is how, or indeed whether, to specifically thwart Mbappe. Going 4-4-2 means that only Nahuel Molina’s job will be to keep an eye on him. Both Kyle Walker and Achraf Hakimi have had that job in the past two rounds, and both did a good defensive job for at least part of the game, even if the Moroccan eventually had to abandon a defense-first mentality as his team chased play. .

Going 3-5-2 means an extra center back covering the winger, but perhaps leaves Argentina able to play more easily in midfield. Nope easilysince the three that start -surely Alexis Mac Allister, Enzo Fernandez and Rodrigo de Paul- will be full of race and confidence.

But the incorporation of Leandro Paredes grants territorial and ball control, at the expense of a center back. It will be Paredes and 4-4-2, or Lisandro Martínez and 3-5-2.

The only other question then is who plays on the left of defense; in a defense of four, the holder Nicolás Tagliafico could stay in the semifinals; in a side system it could be the more adventurous and energetic Marcos Acuña.

If Scaloni has to make a big decision that will generate more decisions in a chain, for Deschamps it is much easier, although no less critical.

The French boss has a direct fight for a position and may be forced to go without a key face for another.

At centre-back, Dayot Upamecano has started for most of the tournament, first alongside Ibrahima Konate and then alongside Raphael Varane once the Manchester United player recovered from injury. But while Upamecano has been heavy at times and beaten a bit too easily, Konate has been virtually flawless, and was in the semi-final again, when he replaced his former Leipzig teammate.

Long before this tournament, Deschamps was reluctant to change a winning formula, but the gap between his favored starter and the man pushing for his spot has been very noticeable in recent weeks. Konate, truth be told, deserves to be a starter. Upamecano’s health may ultimately be the deciding factor, meaning Deschamps doesn’t have to choose directly between them.

The other question is easier: Adrien Rabiot will return to midfield if he is in top form. He has been exceptional, while France’s midfield has lacked defensive balance and the ability to control play quite well in his absence.

Illness, more than injury, has been France’s concern in preparation. Some reports have suggested that in addition to Rabiot and Upamecano, Konate, Varane and winger Kingsley Coman have also felt unwell. But with a place in the World Cup final on the line, there is surely no chance that either will succumb to missing out unless the issue is energy level or the risk of infecting others.

As such, it’s really just a mid-back pick that Deschamps may have a sleepless night over.

Given the name he lands under, he will be tasked, along with Varane, with ultimately stopping Messi, there is a good chance that his one simple decision will really be the one, critical decision that could mark the fate and destiny of the most famous trophy in football.