The land of the Noida Twin Towers will be used for another housing project: Suprtech
Advertisement 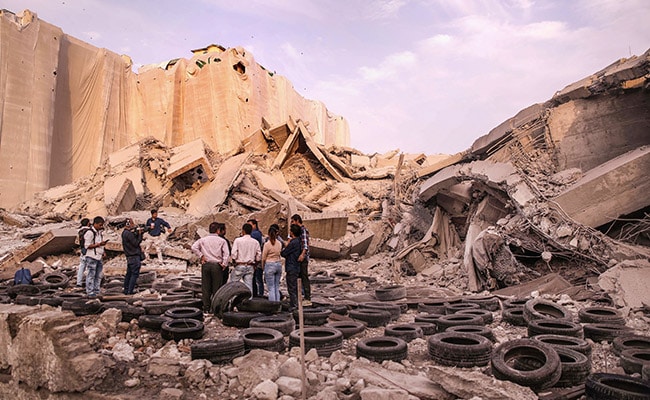 On August 28, the “illegal” twin towers of Supertech in Noida were demolished following an order from the Supreme Court.

Supertech Limited on Thursday said that the twin towers, which were demolished on August 28, are owned by the company and will be used in another housing project after obtaining due approval from the Noida authority and the approval of Emerald Court homebuyers.

In an exclusive interview with ANI, RK Arora, Chairman and Managing Director of Supertech Limited, said that the Apex and Ceyane twin towers in Noida are part of the Emerald Court project in Sector 93A which is constructed on land designated by the Noida authority.

He said, “The construction plans for the project including the two towers were approved by the Noida authority in 2009 which were fully in line with the building regulations prevailing at the time.”

“No deviation was made from the construction plan and the building was constructed after full payment to the authority. Now both towers have been demolished and we have paid the demolition cost of Rs 17.5 crore to the agencies involved in the demolition according to the High Court.”

Mr. Arora said: “We have refunded 95 per cent of home buyers in the Apex and Siani Twin Towers. For the remaining 5 per cent of people who come to us, we either give them property or return the money with interest. In full compliance with the order of the Supreme Court.”

See also  Dropping the Supertech Twin Towers: After 9 years of fighting, a matter of 9 seconds

One of Supertech Limited’s Ecovillage II housing projects located in Greater Noida, which is being promoted by RK Arora, is also facing bankruptcy proceedings.

“There is only one project facing bankruptcy proceedings and he is confident enough that none of the other projects will be subject to insolvency proceedings because his focus is on handing over all of his ongoing projects within the next 24 months,” said Mr. Arora.

“Today, there are 5,000 workers on the site working to complete the projects, and there is no fear of any other project going bankrupt, and we hope to complete it in time,” he added.