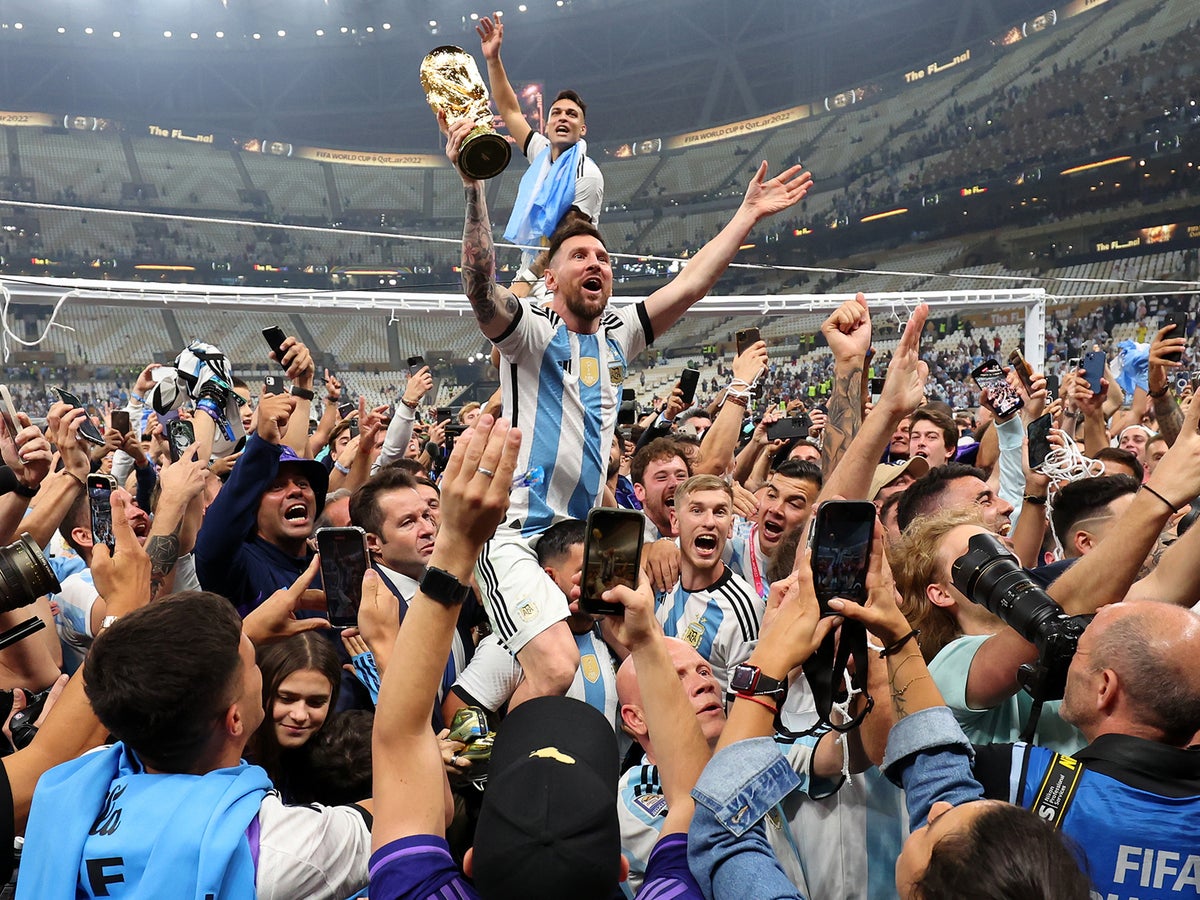 Argentina won the 2022 World Cup after emerging victorious from a penalty shootout in a barely credible final against France.

Kylian Mbappé scored a hat-trick as the 2018 champions twice came from behind after Lionel Messi’s brace had twice put Argentina ahead.

But Kingsley Coman and Aurelien Tchouameni missed from 12 yards out before Gonzalo Montiel scored the decisive penalty to spark wild scenes of celebration.

Messi had opened the scoring in the first half before Ángel Di María added a second before Mbappe produced some magic of his own to drag his own team back.

His first came from the spot before volleying in a second less than two minutes later to send the game into extra time.

Messi struck again from close range with what he thought was the winner before Mbappé completed his hat trick, again from 12 yards, to force a penalty shootout.

Emiliano Martínez saved Coman before Tchouameni deflected his effort leaving Montiel to win with the fourth and final shot.

This is the story of an extraordinary game: