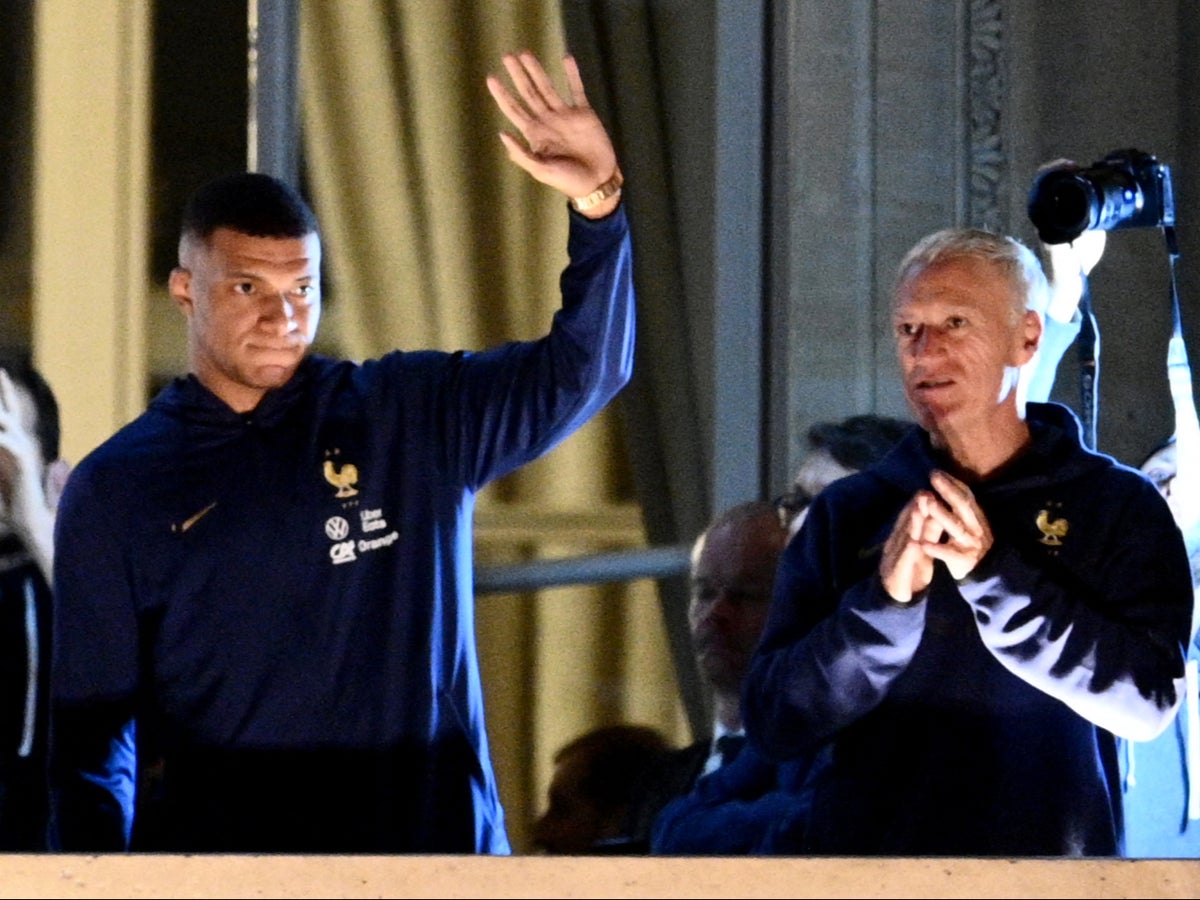 Thousands of fans in the center of Paris cheered the homecoming of a France team that lost one of the best World Cup finals.

Kylian Mbappe and his teammates landed at Charles de Gaulle airport after 8:00 p.m. local time on Monday and he stepped off the plane in a somber mood.

Smiling airport staff members holding signs reading “Thank you” and “Paris loves you” passed by without being recognized by the team.

Looking tired and still visibly disappointed from their loss to Argentina in a penalty shootout in Qatar, the players boarded the buses that took them to greet the throngs of excited fans waiting for them at Place de la Concorde. There, the spirit of the team improved.

Unlike in 2018 when France won the World Cup in Russia, the team did not receive a parade on the Champs-Elysees.

But for the fans, the location of the reception hardly mattered as they treated Les Bleus to a warm welcome home in the cold of the winter night.

They lit flares, waved flags and sang “La Marseillaise” as the players and manager Didier Deschamps stepped onto the balcony of the Hotel de Crillon.

In his first message posted on Instagram and Twitter following Sunday’s defeat, Mbappé posted a photo of himself, head down, behind the World Cup trophy with the caption: “We’ll be back.”

More than 24 million people, eight out of 10 viewers, watched the final on French television TF1, a record.

France played their part in one of the most memorable finals in World Cup history, despite the defending champions failing to retain the title.

Mbapps’ hat-trick helped France to a 3-3 draw with Argentina after extra time, but they were unable to come back from behind after a penalty shootout.