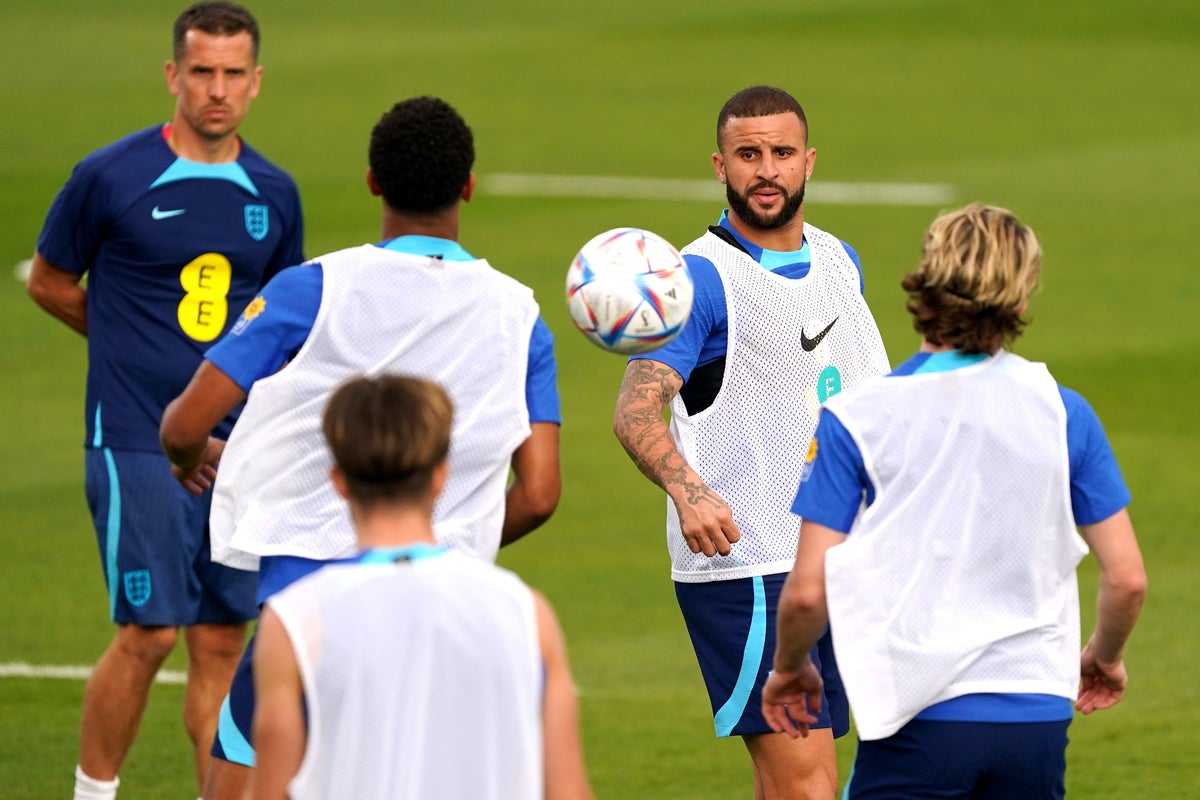 Another day of inaction at the World Cup in Qatar awaits as preparations for the quarterfinals intensify.

As the dust settles over the dramatic last 16 games, the focus is on the last eight games, which begin on Friday.

Here, the PA news agency takes a look at how Wednesday played out in Qatar.

Kyle Walker appears to be the man tasked with stopping Kylian Mbappe in Saturday’s quarter-final between England and France.

The Manchester City defender is the only man who can match the pace of the French star and he has said he is backing himself to keep Mbappé calm.

He also says that England will not show up just to allow the defending world champions to showcase their talents.

“Hats off to them, they are world champions, they have the respect they deserve,” Walker said of France.

“They won the last World Cup. But I can assure you that each and every one of us will not roll out the red carpet for you to perform, thinking that it is a theater for you to display your great talent.”

Declan Rice missed training on Wednesday due to illness as England prepare for their round of 16 tie.

The 23-year-old midfielder has started all four games for Gareth Southgate’s side in Qatar, but was absent from the session at the Al Wakrah Sports Complex.

Forward Callum Wilson also sat out while he recovers from a minor muscle strain.

A decision is expected soon on whether Raheem Sterling will return to Qatar after he traveled back to England following a burglary at his home.

As he is arguably the best player in the world right now, Mbappe’s every move is monitored and his absence from training on Tuesday became the subject of discussion for 24 hours.

However, it is understood that the Paris St Germain striker will rejoin the squad for a session on Wednesday night.

Eden Hazard has announced his international retirement following the elimination of Belgium in the group stage of the World Cup in Qatar.

The 31-year-old revealed the decision on his social media account less than a week after his team were eliminated following a goalless draw with Croatia.

Meanwhile, Hansi Flick will lead Germany to Euro 2024 on home soil despite being in charge of an embarrassing exit from the group stage at the World Cup.

Both England and Brazil have been making feline companions during the World Cup.

The Southgate side have adopted a local cat who hangs around their training base in Al Wakrah, with Walker and John Stones growing attached to him and even calling him ‘Dave’.

But ‘Dave’ was not the only member of the feline community to make an appearance as the Brazilian Vinicius Jr had a visit during his press conference on Wednesday.

The Real Madrid winger was speaking to the media ahead of his country’s quarter-final match against Croatia when he was joined at the head table by a cat.

The animal was finally moved by the Brazilian press officer, who left nothing to chance and forcefully yanked it off the desk.

Image of the day