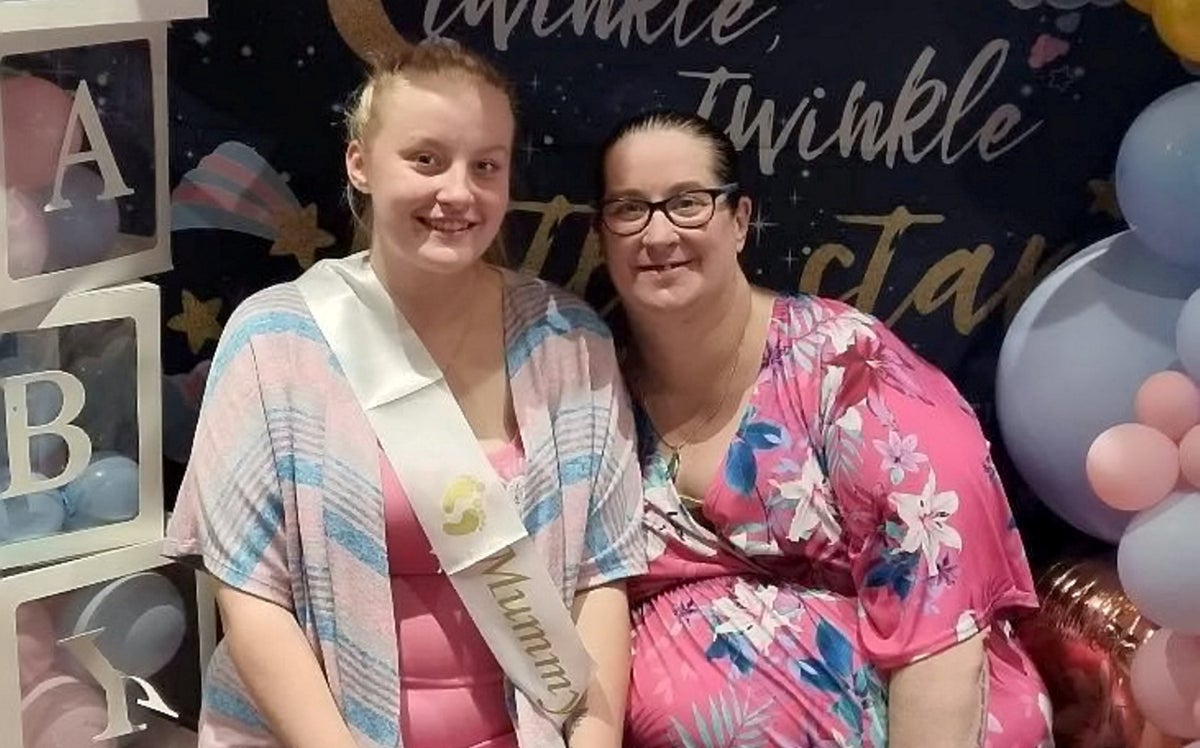 A mother-of-four who was getting ready to welcome her first grandchild has died just two days after being diagnosed with cancer.

Janice Cassidy Adair, 46, died on August 31, after being diagnosed with bone and liver cancer only two days before.

Nail technician Janice had been feeling unwell for a couple of weeks and had bloods taken by her GP who thought she might have jaundice.

But on August 2, Janice, from Coatbridge, North Lanarkshire, was told to go straight to A&E and medics later told her she had inoperable cancer.

She died at University Hospital Monklands, North Lanarkshire, just weeks after learning she was having her first grandchild.

Her heartbroken daughter Laura Kirk, 19, said she was glad her mother lived to see her gender reveal on August 15, adding that Janice couldn’t wait to meet her grandson.

Laura said she is devastated at losing her best friend in the ‘blink of an eye’.

She said: “Mum hadn’t been well for two or three weeks, she was saying she was in constant pain.

“She was struggling to eat or even walk down the hall.

“She was telling me she was scared but I told her we would get something to help her and it would be alright.

“It was just getting worse but there was no real symptoms or signs it could have been cancer.

“She had bloods taken and the GP thought her eyes were looking really yellow and said she might have had jaundice.

“But he sent her straight up to A&E.

“She had scans done and the doctors said it wasn’t looking good but cancer never really crossed my mind.

“I got a call that night to say they had told mum she had cancer.

“It was in her bones and her liver and because of where it was it was inoperable.

“They were going to give her an MRI to see if there was anything they could do, but she wasn’t compos mentis so they couldn’t do it.

“They said they would try again tomorrow but she just started to go really downhill.”

Laura was with her mother on August 31 before she died – but said it still hasn’t sunk in that she is gone.

She recalled: “I was with her in her room, holding her hand, but I kept saying to my boyfriend that something just felt wrong.

“It was a horrible feeling, I was so nervous and have never felt like that before.

“I was panicking but I kept thinking she will fight this, she will push through.

“We were asked to leave the room while the doctors were in and when they came out they took us to the day room and told us she had passed.

“It felt so sudden, it was like she was gone in the blink of an eye.”

Janice’s funeral is to be held on September 15. Her other children, Iain Kirk, 22, Logan Adair, 11, and Kian Adair, seven, are still reeling from her death.

Laura added: “My mum was my best friend, I spoke to her all day everyday.

“I keep going to call her and then remembering I can’t.

“It doesn’t feel real, she was gone so fast.

“This was going to be her first grandchild, she was so excited.

“She kept telling me she would love looking after him.

“I am so glad she got to be there at the gender reveal and find out she was having a grandson.”