Video: In Leicester, joint Hindu-Muslim declaration for peace: "We are not what we are"
Advertisement 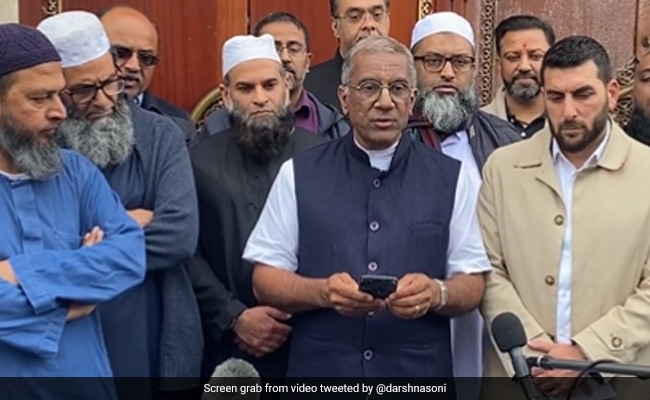 A community leader reads the joint statement in Leicester, UK.

Hindu and Muslim community leaders from Leicester in the UK today issued a joint statement calling for an end to a cycle of violence that has escalated over the past week after the first altercations over an Asian Cup cricket match between India and Pakistan last month.

“We, the Leicester family, stand before you not only as Hindus and Muslims, but also as brothers and sisters,” said one of the leaders reading the joint statement. He stressed that Leicester “has no place for any divisive foreign extremist ideology”.

“Our two faiths have lived in harmony in this wonderful city for over half a century. We came to this city together. We faced the same challenges together. We fought racist enemies together and collectively made this city a beacon of diversity and community cohesion. ”, he read from the statement.

He added that the communities are “sad and heartbroken” by the “tension and violence” that “are not part of a dignified society.”

“We are from a family. We settled here in this city together, we fought racists together, we built it together. The recent violence is not who we are as a city.”
Joint statement on Hindu-Muslim tensions in Leicester pic.twitter.com/PPZLkusMeX

“What we have seen is not what we do,” the leader said. “We ask everyone to respect the sanctity of religious places, both mosques and temples,” he added, urging people not to give in to “provocations with loud music, flags, derogatory chants or physical attacks on the fabric of the worship”. .

The tension that began after the cricket match on August 28, in which India defeated Pakistan, took on new sparks after rumors about damaging religious sites went viral on social networks. Then on Saturday and Sunday there were protests and rallies, with angry slogans.

Fifteen people have so far been arrested for their part in the violence, Leicestershire Police said in a statement.

India’s High Commission in London also weighed in on reports of a temple vandalism in Leicester.

The Muslim community has cited a statement by some Hindu groups as “provocative” and “abusive”.