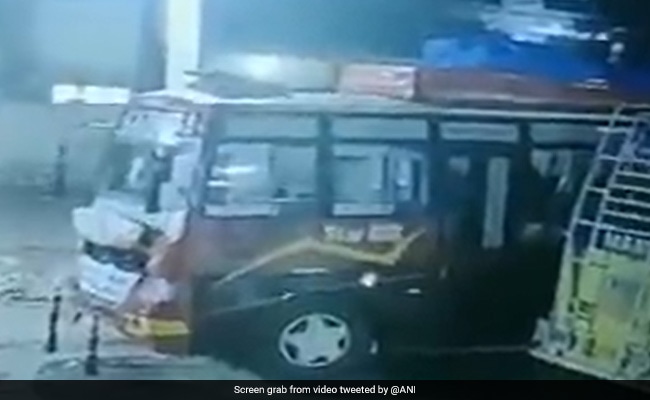 An investigation is ongoing.

Two people were injured after an explosion occurred in an empty bus parked at a petrol pump in Udhampur on Wednesday night.

The incident occurred around 10:30 pm near a petrol pump in Domail Chowk in Udhampur district. Other vehicles parked nearby were also damaged by the blast. The injured were taken to Udhampur District Hospital.

#CLOCK | J&K: An explosion occurred in an empty passenger bus parked near a petrol pump at Domail Chowk in Udhampur at around 10:30 pm Two people were injured and have been taken to District hospital. Police and other agencies arrived at the scene.

Police and security personnel responded to the scene shortly after the incident. The investigation is ongoing.

“The explosion occurred around 10:30 pm Two people were injured in the incident and vehicles parked nearby were also damaged. The reason for the explosion is still unknown. We are investigating the matter,” said Suleman Choudhary, DIG Udhampur. -Rasi range.