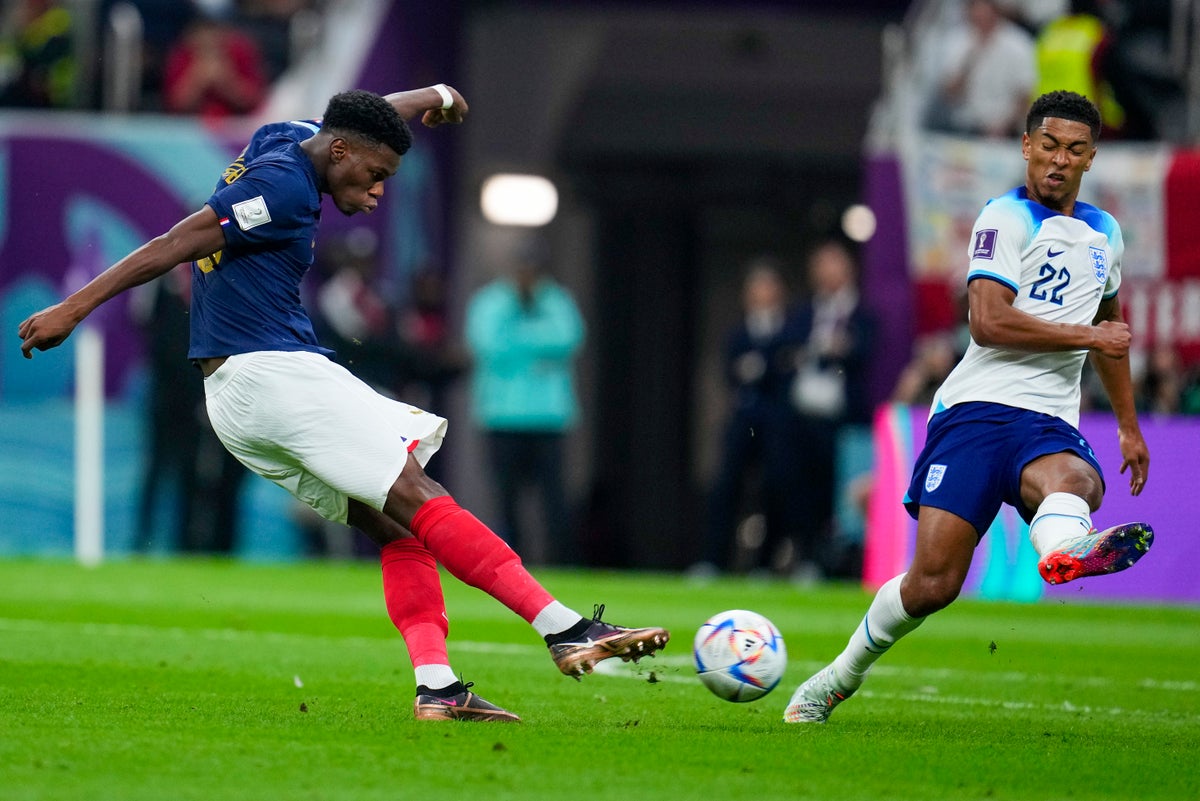 The Real Madrid star sent a shot from outside the low penalty area into the bottom left corner past Jordan Pickford.

However, the goal was controversial, after a challenge from Dayot Upamecano on Bukayo Saka in the final French third when Gareth Southgate’s side attacked.

Brazilian referee Wilton Sampaio ordered the game to continue despite the protests of the Three Lions.

But the world champions moved swiftly from one side of the field to the other through Kylian Mbappé.

Declan Rice attempted to bring down the PSG superstar, but the move continued with Ousmane Dembele and Antoine Griezmann involved.

The ball was deflected neatly from the right flank back into the path of Tchouameni, who entered the shot with speed and precision to break the tie at Al Bayt Stadium.