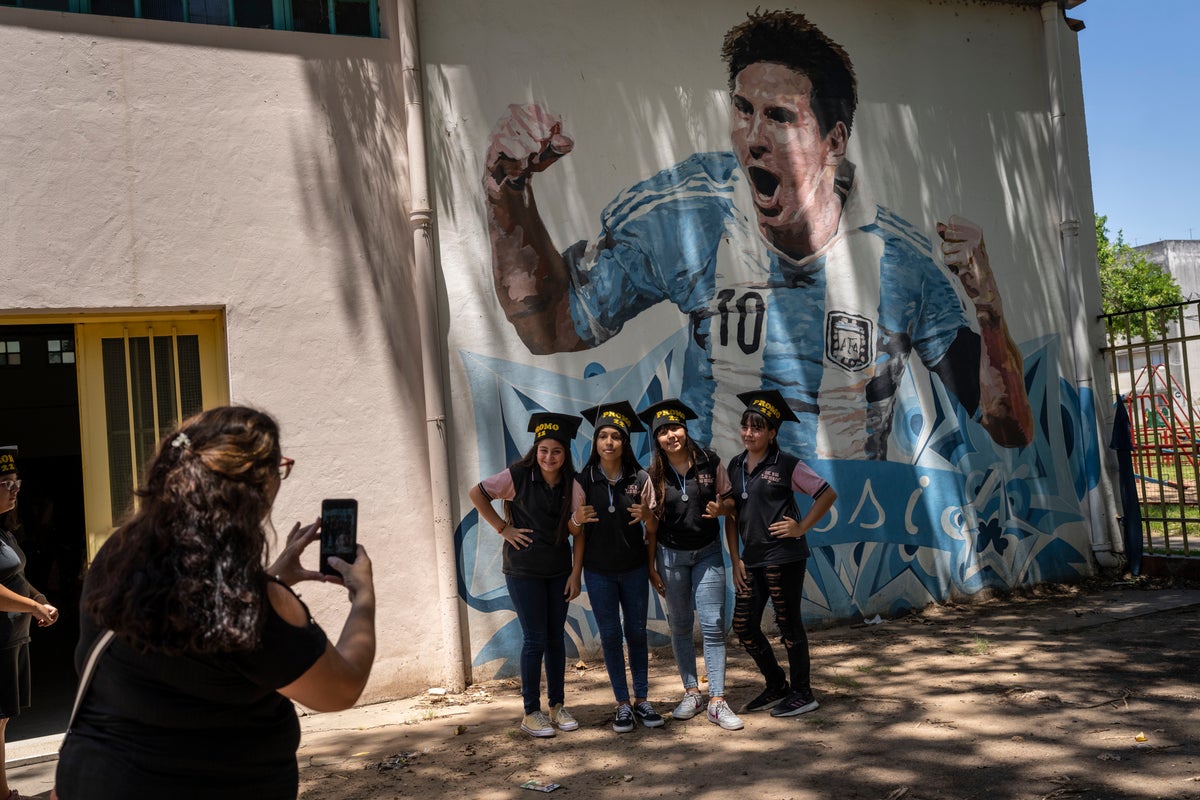 The streets of Lionel Messi’s hometown of Rosario erupted in celebration on Sunday after Argentine soccer beat French soccer to win its third World Cup 2022 title.

“We are champions, which is all we wanted, more than anything for (Messi) and for the whole team,” said 25-year-old Santiago Ferraris.

All three of Argentina’s goals in the 3-3 draw were scored by the Rosarios, with Messi, who arrived from local team Newell’s Old Boys, scoring two and Ángel Di María, who once played for rival local team Rosario Central, one. .

Rosario, like the rest of the country, was paralyzed during the nail-biting that ended in a penalty shootout, which Argentina won 4-2.

Tens of thousands of people flocked to the National Flag Monument, the symbol of Argentina’s third largest city, to celebrate Argentina’s victory. People started pouring in as soon as Messi lifted the international trophy and stayed there well into the night.

The local soccer rivalry between Central and Newell’s was put to one side on Sunday when the entire city seemed to celebrate the national team’s victory.

“It’s crazy. It exceeded my expectations with so many people on the same wavelength, all celebrating. That’s the most beautiful thing about today,” said Jeremías Regolo, 26, who joined the celebrations at the National Monument. to the flag.

Micaela Junco, 28, said the win felt special to her because it was the first World Cup title in her life. The last time Argentina won the tournament was in 1986.

“It’s an incredible feeling that Argentina wins, that we are all pulling in the same direction,” Junco said. “Being the best in the world is priceless.”

Junco felt “proud” of the key role that Di María and Messi played in the game “because they are from Rosario. We have the best players here in Rosario”.

Fans also recounted how the win gave the country a respite from its usual worries at a time when it is experiencing one of the highest inflation rates in the world, at nearly 100 percent a year.

“Argentina deserved this happiness, beyond all the bad things that are happening in the country,” said Rodrigo Medina, 21. “The people of Rosario have always shown that they are up to the challenge.”