When can we expect to see World Cup stars back with their clubs?
Advertisement 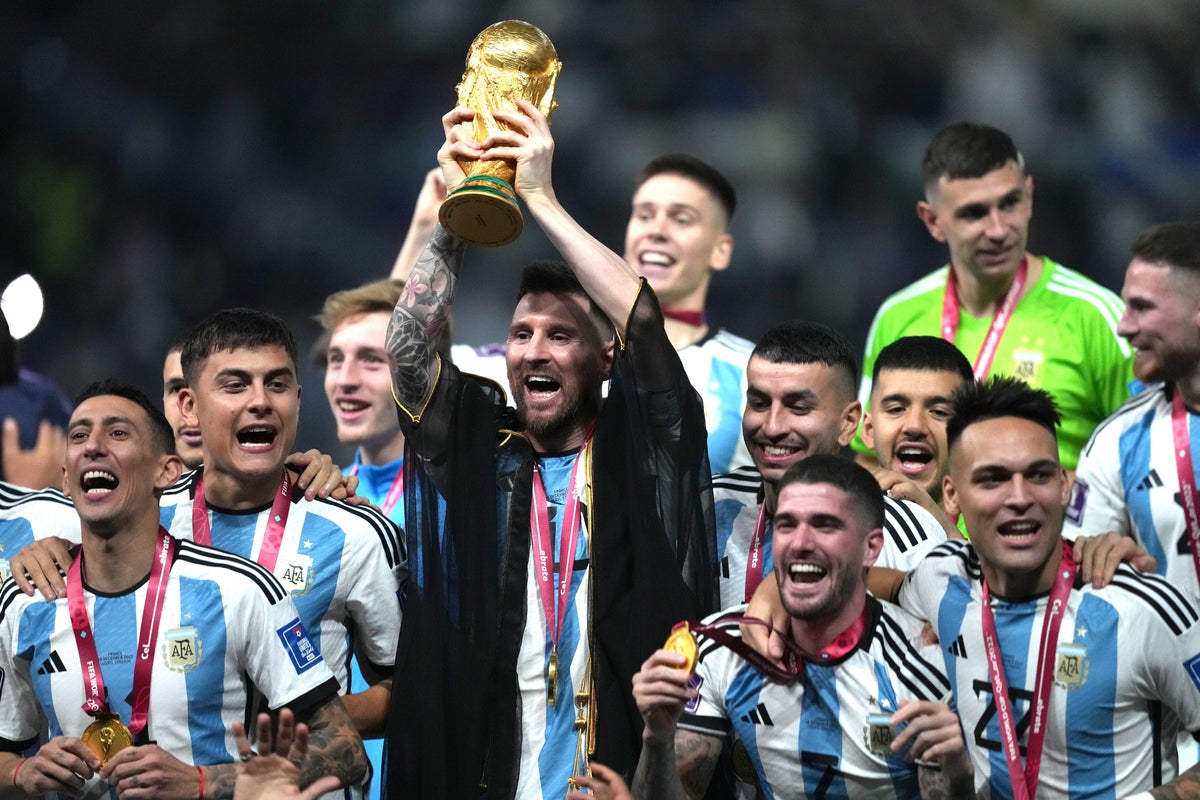 The World Cup concluded in exciting fashion on Sunday with Argentina’s victory on penalties against France in the final and there is little time to recover before the domestic leagues of Europe and South America return to action.

Here we take a look at when some of the star players from the World Cup might return to play for their clubs.

PSG teammates Messi and Mbappe crossed swords and set new records in one of the greatest World Cup finals in Lusail, but will soon be lining up together for their club.

It remains to be seen if it will be at the Parc des Princes for the capital club’s next Ligue 1 game against Strasbourg on December 28 or their follow-up at Lens on New Year’s Day.

His clubmates and two of the tournament’s most prominent defenders, Achraf Hakimi of Morocco and Marquinhos of Brazil, could also be part of the Paris giants.

Argentine goalkeeper Martinez played a key role in his country’s third World Cup triumph and could return to action for Villa in their Premier League home game against Liverpool on Boxing Day.

Martinez, who canceled out two penalties in Argentina’s shootout victory against the Netherlands in the quarter-final, made a crucial save to deny France the winning goal after extra time in the final before their mind games in the penalty shootouts will prove influential.

See also  Back four or back five? Our writers pick England starting XI vs France

If Liverpool’s visit to Villa Park comes too soon, you can target Villa’s New Year’s trip to Tottenham for their return.

Kane equaled Wayne Rooney’s England all-time goalscoring record in Qatar, but his tournament ended in despair as he failed to convert a second penalty in a 2-1 quarter-final loss to France.

Kane hopes to bounce back alongside Brazil’s Richarlison and South Korea’s Son Heung-min when Tottenham returns to Premier League action at Brentford on Boxing Day.

France captain Lloris may need more time to recover after Sunday’s heartbreak but could return for Spurs’ home game against Aston Villa on New Year’s Day.

Both English teenager Bellingham and Croatian defender Gvardiol emerged as global stars of the future at Qatar 2022.

But neither player will return to action for their respective German clubs until the end of January due to the Bundesliga’s annual winter break.

Griezmann, whose midfield influence proved pivotal for France in both England’s quarterfinal defeat and Morocco’s quarterfinal win over Morocco, is unlikely to appear for Atlético in Spain’s Copa del Rey against Arenteiro on Thursday. , but I could do it when I get back. to LaLiga action against Elche at home on December 29.

Morocco’s midfield powerhouse Amrabat, whose frame-to-frame dynamism helped lead the Africans to the semifinals, is scheduled to return for club Fiorentina’s home Serie A clash with Monza on January 4.