Who is the referee in charge of Croatia vs Morocco?
Advertisement 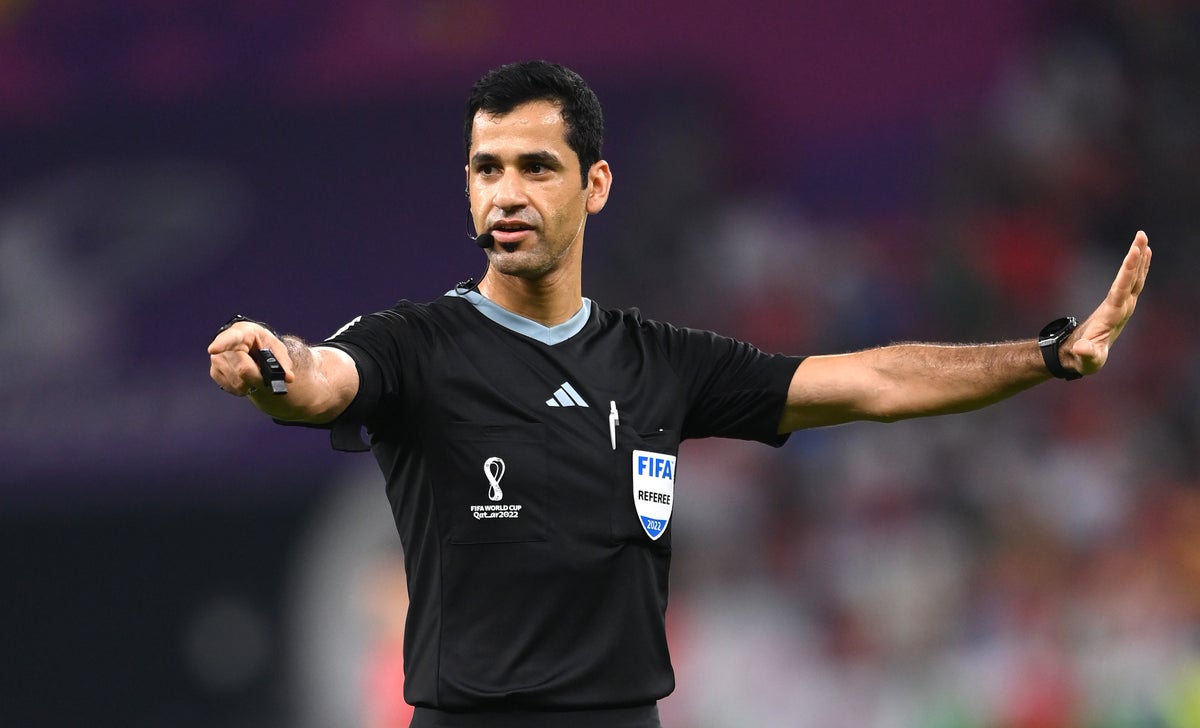 Qatari referee Abdulrahman Al-Jassim is in charge of today’s World Cup third-place match between Croatia and Morocco at the Khalifa International Stadium in Al Rayyan.

Al-Jassim, who has been a FIFA referee since 2013, has officiated only one match at the 2022 World Cup so far: Wales’ 1-1 draw with the US in Group B on November 21. , when he gave Wales a late penalty after Gareth fouled Bale in the penalty area.

The 35-year-old will take charge of his second match, on home soil, on Saturday when we find out who finishes third in the tournament.

Al-Jassim was a video assistant referee during the 2018 World Cup in Russia and has also refereed at the 2019 AFC Asian Cup, the 2019 CONCACAF Gold Cup and was the man in the middle of the FIFA Club World Cup final. 2019 between Liverpool and Flamengo. in Qatar.

Here is the full refereeing team for the third-place tie-break between Croatia and Morocco: