Why have there been so many shocks at this World Cup?
Advertisement 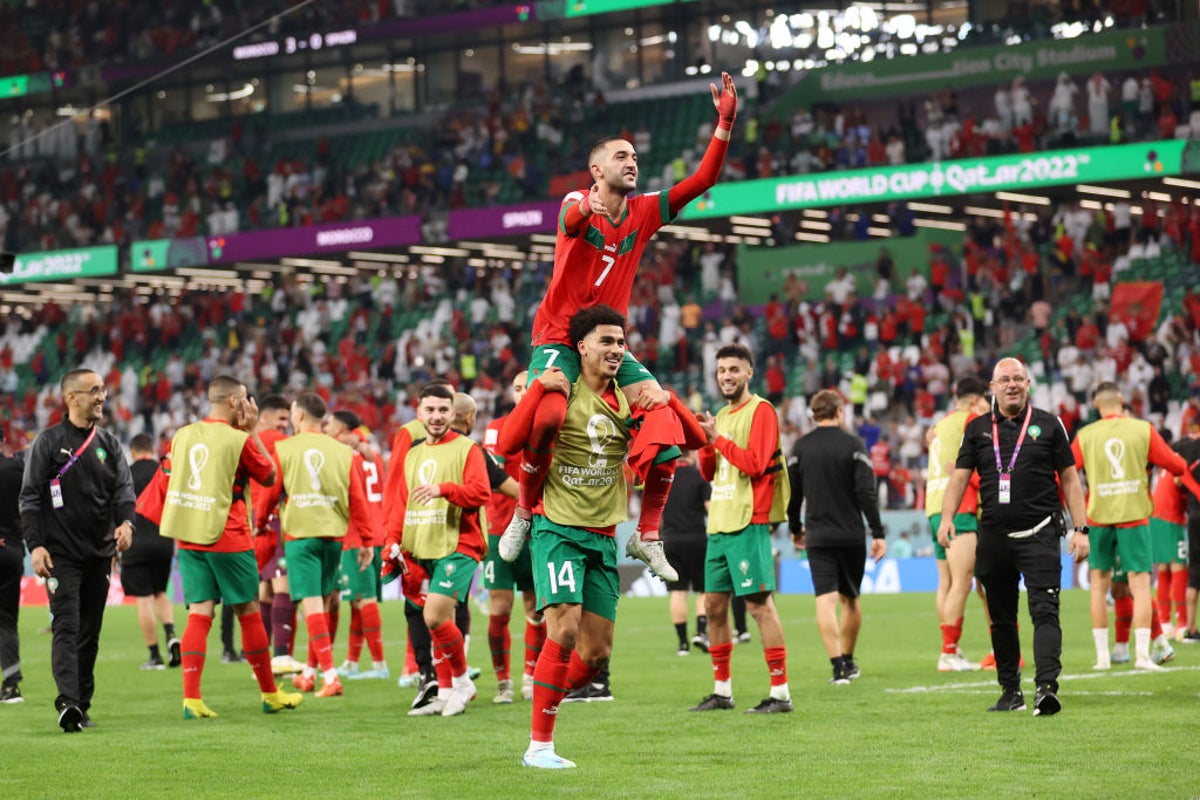 The World Cup upsets started with perhaps the biggest of all time, and then they just kept coming. First it was Saudi Arabia, who stunned Argentina and Lionel Messi by ending their 36-match unbeaten run. Then a day later, Japan stunned Germany with another remarkable comeback at half-time. By the end of the group stage, Japan had also beaten Spain to knock out Germany, Tunisia defeated defending champions France, Morocco retired Belgium’s ‘golden generation’ and Cameroon recorded their first win over five-time winners Brazil. .

On the pitch, the World Cup in Qatar was becoming the tournament of the unpredictable, with each match a victory against all odds. The World Cup has a rich history of upsets on this scale, notably Cameroon’s victory over Argentina in 1990, Algeria’s victory against West Germany in 1982, even the USA’s result with England in 1950, but it seemed that in Qatar the surprises were being delivered with rumbling regularity. Then, with the chaos of the group stage calming down, Morocco beat Spain on penalties to reach the quarterfinals.

In life, we often look for explanations, but in sports, the biggest drama is often what cannot be explained. It could just be a quirk, as the World Cup has seen some unusual trends in recent editions. In 2006, there were a staggering 28 red cards in the entire tournament, an average of more than two per game. Then 2018 became known as the World Cup of own goals after 12 were scored in total. In neither case was it suggested that the players were becoming more aggressive or that the level of defense was in an alarming decline.

See also  ‘I want to continue’: Lionel Messi not ready to call time on Argentina career yet

Of course, upsets are more likely to happen in international football than, say, the Premier League. One of the intrinsic elements of international soccer is that the teams keep what they have. Every squad will have their strengths and weaknesses, but you can’t just go out on the transfer market to fix them. Spain, for example, can field a legion of technical midfielders, but cannot produce the clinical strikers to score chances.

That being said, this has also been a World Cup like no other. It is the first tournament to be played in November and December, outside of the northern hemisphere summer. European teams had to adjust to the tournament being played in half of their domestic leagues, a situation that has affected nearly every team in the World Cup given the concentration of talent in the wealth of Western Europe. There was also a lot less prep time than in previous years, which seems to have leveled the playing field.

Certainly that could have had an impact in the early days of the tournament, particularly with Argentina’s stunning loss to Saudi Arabia. With the results that followed, many could be attributed to several teams not entering the World Cup in their prime years. Kevin De Bruyne admitted that Belgium’s ‘golden generation’ was too old to win the World Cup, and they were. Spain, with 18-year-old Gavi and 20-year-old Pedri in midfield, were perhaps at the opposite end of the scale. Germany was a bit in the middle. Eight years after their World Cup triumph in Brazil, they are still at the point where they must bring in the next generation.

In general, there doesn’t seem to be a standout force, as with Spain in 2010, Germany in 2014 and France in 2018. These teams can also help show how regularly surprises can appear, or nearly so. Although Argentina was stunned, it is a result that can be remembered as a repeat of Spain’s opening loss to Switzerland in 2010, when The Red they became the first team to lose their first match in the World Cup, but went on to win the tournament. In Qatar, France and Brazil were defeated in their third and last game of the group stage, with qualification for the next round already assured. Parallels could be drawn with Germany pulling off an unconvincing draw with Ghana in 2014, or France beating Australia four years ago.

Of course, credit must be given to the teams that are defying the odds. Former Arsenal manager Arsene Wenger, who is now FIFA’s head of global football development, has pointed out that more countries have access to technology and are improving their preparation and analysis of opponents. “The result of the group stage shows to what extent more countries have acquired the tools to compete at the highest level,” he said in the FIFA technical report.

As a result, the round of 16 was noticeably more diverse than last time. While Europe and South America had eight and three teams respectively, Asia had three representatives in Japan, South Korea and Australia, Africa had two teams in Morocco and Senegal after having none in 2018, while the USA returned to the round of 16 finals representing Central and North America.

The performances of Morocco, by reaching the quarterfinals, and of Saudi Arabia and Tunisia, by beating Argentina and France respectively, also come in what is the first World Cup to be played in an Arab country. Qatar has been controversial and troubled World Cup hosts, but the merits of bringing the World Cup to the region for the first time have been clear as Morocco has been making history on the pitch.

It is similar to Ghana’s run at the 2010 World Cup in South Africa. Ghana, who came within a penalty shootout of becoming the first African team to reach the World Cup semi-finals, was motivated by the chance to make history on their continent. That same motivation now fuels Morocco, who remain an extraordinary team in their own right. Although they have been backed by a wall of noise, they have displayed much greater defensive organization and higher energy levels than any team in the World Cup.

Results like their penalty shootout win over Spain have always been possible in soccer but, while they may be less rare on the international stage, there tends to be a limit at World Cups. Morocco has reached the quarterfinals, but it is at this point that the quality improves drastically. Despite the progress of the rest of the world and the steps taken to reduce the gap with Europe and South America, there is no poor version of Belgium or Germany here, while everyone else has everything to play for. Indeed, this has been the World Cup of upsets, but Qatar still looks set to host a heavyweight final.