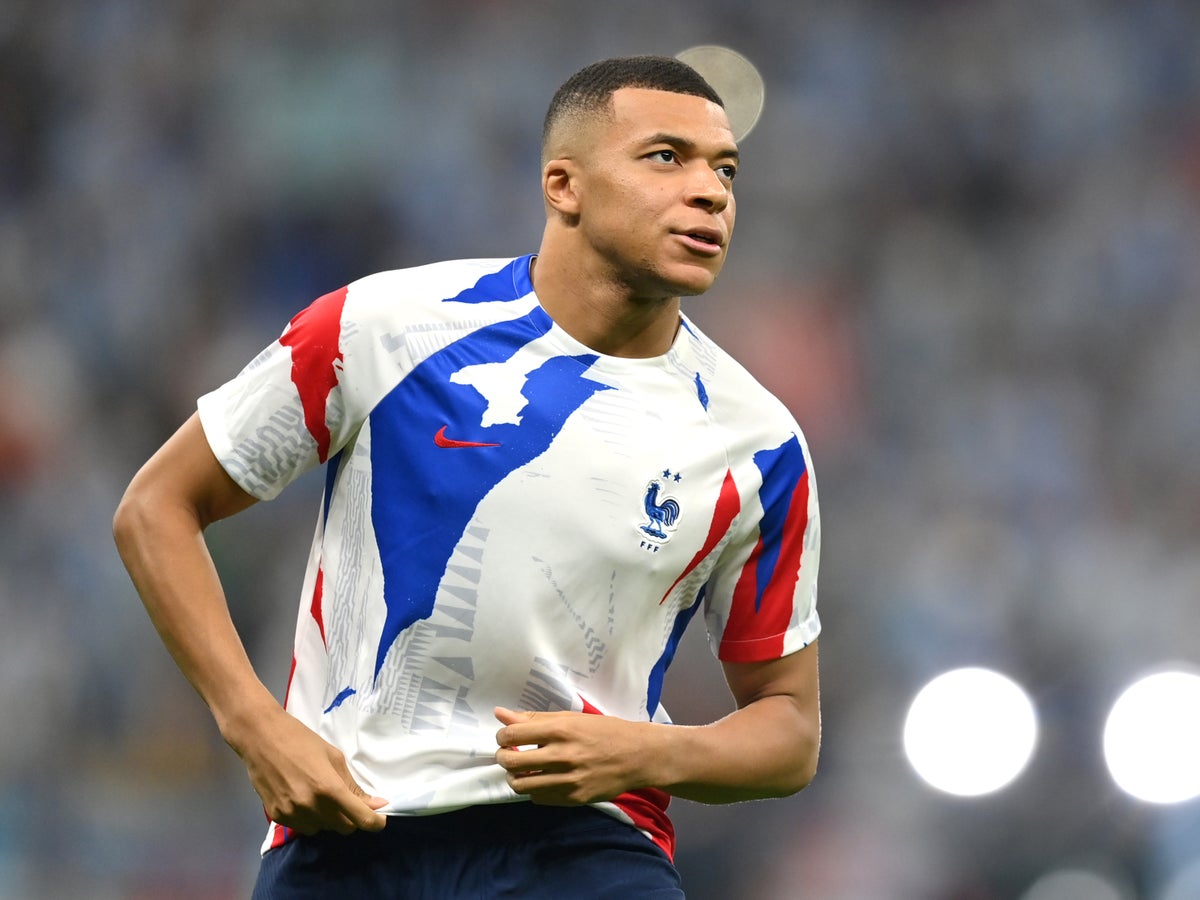 Argentina takes on France in the World Cup final in Qatar as Lionel Messi has one last chance to win soccer’s biggest prize. Messi’s final World Cup appearance could see the 35-year-old win the tournament for the first time, perhaps cementing his position as the greatest player in the history of the sport.

Standing in the way of Messi and Argentina are defending champions France, as The Blues they are aiming to become the first team in 60 years to win back-to-back World Cups. French striker Kylian Mbappé reaches the final level with Messi atop the golden boot standings with five goals, as two of football’s biggest stars go head-to-head on the grandest stage.

It will decide a World Cup that has produced shock and impressive moments on the pitch, while dominated by controversy off the pitch in Qatar. But amid coverage of the host country’s human rights record, treatment of migrant workers and attitude towards LGBTQ+ rights, Qatar was also presented with a dream final in which history will be made.

Will Messi achieve immortality by finally winning the World Cup, or can France crash the party to defend their title? Follow all the action on our live blog below:

Argentina could become only the second team in World Cup history to lose their opener and lift the trophy, emulating Spain’s 2010 World Cup victory.

See also  Ten things we learned from sport in 2022

Lionel Messi has mastered football like no one else. But is that enough to be among the gods?

Lionel Messi has been on this planet for 35 years, five months and 24 days, and for most of that time he has dreamed of winning the World Cup. But around 8:00 p.m. on Sunday in Lusail he will stop dreaming; Whether Messi joins Pelé and Diego Maradona among the pantheon of legendary World Cup winners will be known, and he will never be rewritten.

From then on, he’s either the man who won the World Cup or the man who didn’t, a career-defining match filled with historic moments, and the strange thing is, there’s not much he can do about it. Messi will have the ball at his feet for 60-90 seconds over the course of the final, and the reality is that many of the finer details of the most important game of his life will be out of his control.

At the end of it all, his legacy may come down to a penalty shootout, and maybe a single kick from someone else’s boot. Ángel Di María delivered the winning touch of the 2021 Copa América final to finally win Messi an international trophy, and something similar could happen on Sunday; His destiny may lie with a teammate like Lautaro Martínez, a man who has mostly found himself lost in Qatar, controlling nerves from 12 yards out.

What do the winners of France vs Argentina win?

Prestige, the chance to achieve immortality and the chance to lift the iconic Jules Rimet trophy will likely be the main motivators, but there are also additional cash prizes up for grabs for the winners of the World Cup final.

With a total prize pool of £362 million spread for the tournament, all 32 teams will share the spoils, with those who have progressed the most getting a bigger slice of the pie.

FIFA allows each competing nation to decide how much of the prize money its players receive, so the exact amount each player takes home varies from country to country.

The winners of today’s final between Argentina and France will earn £34.6m for lifting the trophy and the losers will get £24.7m, making the result of the final worth a £9.9m increase in prize money. .

Scaloni excited before the final

Argentina boss Lionel Scaloni says he is already excited by the prospect of his team playing in the World Cup final and hopes they win the trophy as a reward for all the work that has been put into their campaign.

“I’m already getting excited because they have sincerely given everything,” said Scaloni. “I hope we win the title and if it can’t be, let them be proud, because it’s a moment to enjoy.”

Setting the mood for Argentina vs France

The atmosphere is building very well around the Lusail Stadium with both sets of fans represented. There are many more rooting for Argentina over France, which is to be expected as people hope that Lionel Messi can finally win the World Cup.

Deschamps may have all the composure that comes with potentially being the second manager in history to retain the trophy, but he is well aware that some players begin to feel an anxious energy that they cannot contain, knowing that each individual could go down in history. , for better or worse, infusing each moment.

As such, it of course tells players to keep it simple. Individual roles are reduced to the most memorable missives. However, there is a common instruction.

“Give it to Kylian as soon as you can.”

How did France reach the final?

France began their World Cup campaign with a dominant 4-1 win over Australia before securing a 2-1 win over Denmark to reach the round of 16 with one game to play.

That allowed Didier Deschamps to rest the players and despite losing 1-0 to Tunisia they won Group D. The round of 16 saw them easily triumph over Poland with Kylian Mbappe scoring twice in a 3-1 win .

In the quarter-finals they faced Gareth Southgate’s England and took the lead through Aurelien Tchouameni, but Harry Kane equalized on a penalty. Olivier Giroud put France ahead once again with a fine shot from inside the box and Les Bleus won 2-1 after Kane missed a second penalty.

Last time around, surprise tournament package Morocco was beaten 2-0 in the semi-final to secure France a place in their fourth World Cup final in seven tournaments.

How Argentina got to the final

Argentina have been playing must win soccer since their first game when Saudi Arabia stunned them by coming from behind to win 2-1. Lionel Scaloni’s men responded with victories over Mexico (2-0) and Poland (2-0) to finish top of Group C and set up a round of 16 tie against Australia.

The Aussies managed to pull themselves out of a tough group with France, Denmark and Tunisia, but faltered in the first knockout round as Argentina secured a competent and controlled 2-1 victory.

The quarterfinals were an intense affair for the South American team, as they clashed fiercely with the Netherlands. The Dutch conceded two goals but managed to score twice in seven minutes to force the match into extra time and then penalties. Emi Martínez played his part in the goal as Argentina won 4-3 in a penalty shootout.

The semi-final promised to be a difficult test, but a Lionel Messi converted penalty in the 34th minute opened the game for the Albicelestes and after Julián Álvarez added a second five minutes later, they cruised to a 3-0 final victory.

Changes in the team of Argentina vs. France

Lionel Scaloni makes a change from the Argentina team that started against Croatia in the semifinal. Leandro Paredes is out and Ángel Di María replaces him.

There are also two changes for Didier Deschamps France. Ibrahima Konate is replaced in defense by Dayot Upamecano while Adrian Rabiot returns to midfield ahead of Youssouf Fofana.

Official lineups of Argentina vs France