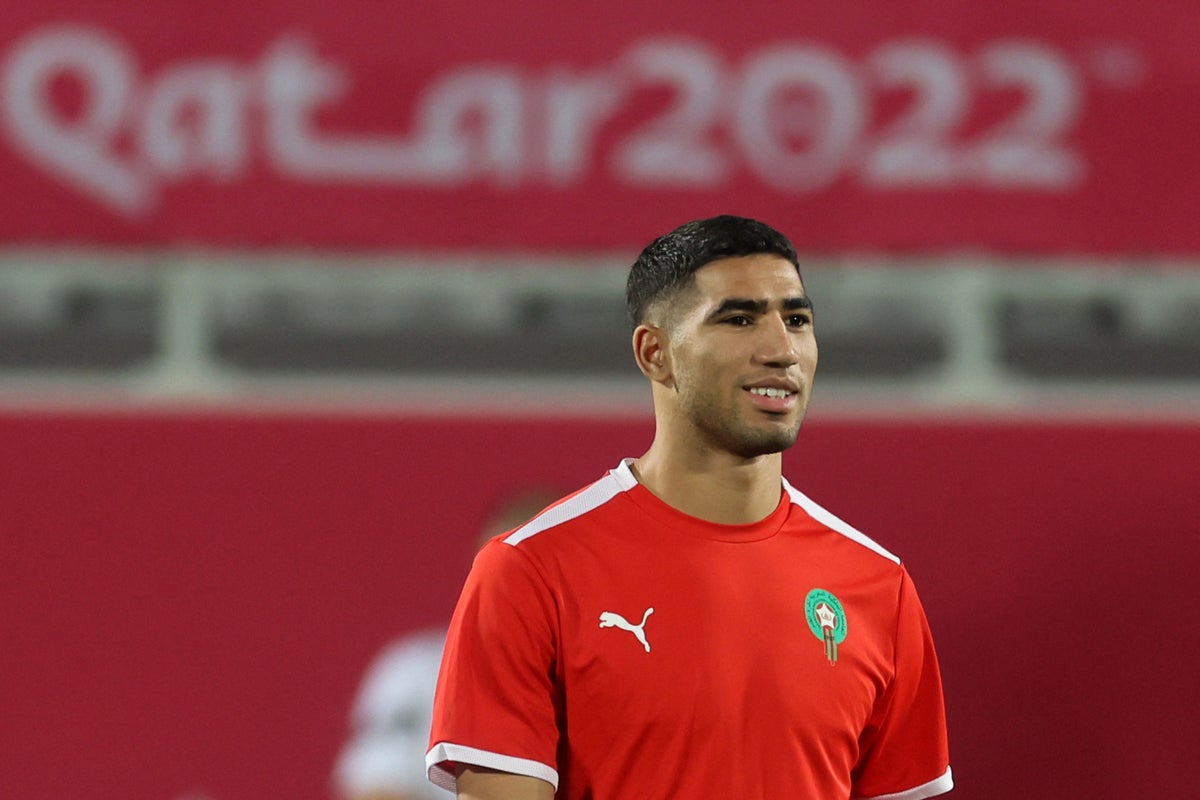 Croatia plays Morocco in the third-place tiebreaker of the 2022 World Cup in Qatar.

Luka Modric is likely to play his last game at the World Cup, while the Atlas Lions look to end a historic tournament on a high note despite midweek disappointment against France.

There is also speculation surrounding the star-studded final when Kylian Mbappe and Lionel Messi go head-to-head at the Lusail Stadium on Sunday.

The rumored return of Karim Benzema has been quashed by Didier Deschamps, but there are still concerns about his team selection with an illness affecting preparation for Les Bleus.

Follow the latest news on Argentina vs France, plus team news and the preparation for Croatia vs Morocco below:

Latest Croatia vs Morocco updates plus Argentina vs France preparation

It is not often that a World Cup final comes along and a team playing in the North West Counties First Division South has a direct interest. Based in Gorton, in south-east Manchester and not far from the Etihad Stadium, Abbey Hey is awaiting the return of its two highest-profile players, Rafael and Agustín Álvarez, from international duty. His younger brother Julian’s international duty, to be precise.

See also  ‘We want to keep making history’: Morocco weary but not wilting as run goes on

Just as Julián Álvarez’s family followed him to Manchester, they followed him to Qatar, and that meant that his brothers’ fledgling careers in the 10th tier of English football had to be put on hold for as long as Argentina remained in the tournament. At least Rafael and Agustín -or ‘Punchi’ and ‘Nougat’, as they are known among the Álvarez family- have not missed much.

Liberty, Equality, Dynasty? One particularly prominent Parisian thinks so. “For the last 20 years, France can be said to be the best footballing country in the world,” Walid Regragui said. “They have the best players and the best coaches and they are the best team in the world.”

As France approaches its fourth final in the last seven World Cups, aiming to become the first team to retain the title since Brazil in 1962, perhaps soccer is coming home. The World Cup, after all, was created by a Frenchman, Jules Rimet. As Didier Deschamps tries to join Pelé in the select group of three-time winners, a second Frenchman has come to assume similar prominence in the competition. France’s success owes a lot to one man, captain in 1998, coach in 2018 and 2022, on the verge of history again.

Faced with a match of such magnitude that he can surpass most players, a figure as experienced as Didier Deschamps knows exactly what he needs to say to his team. He has been here before, after all, as captain and then as the winning coach at the last World Cup. Deschamps may have all the composure that comes with potentially being the second manager in history to retain the trophy, but he is well aware that some players begin to feel an anxious energy that they cannot contain, knowing that each individual could go down in history. – for better or worse – infusing every moment.

Play-off for third place in the World Cup: Morocco vs. Croatia

We’ll have live updates for the game at the Khalifa International Stadium, along with preparations for tomorrow’s grand finale.

The Atlas Lions ran out of steam when they faced France in the semi-finals, while Croatia were outplayed by Lionel Messi and Argentina.

Here’s a chance at redemption and a chance to secure the bronze medal.

There should also be opportunities for some of the lesser-used players throughout the tournament, which traditionally means more goals and more expansive play by both teams.