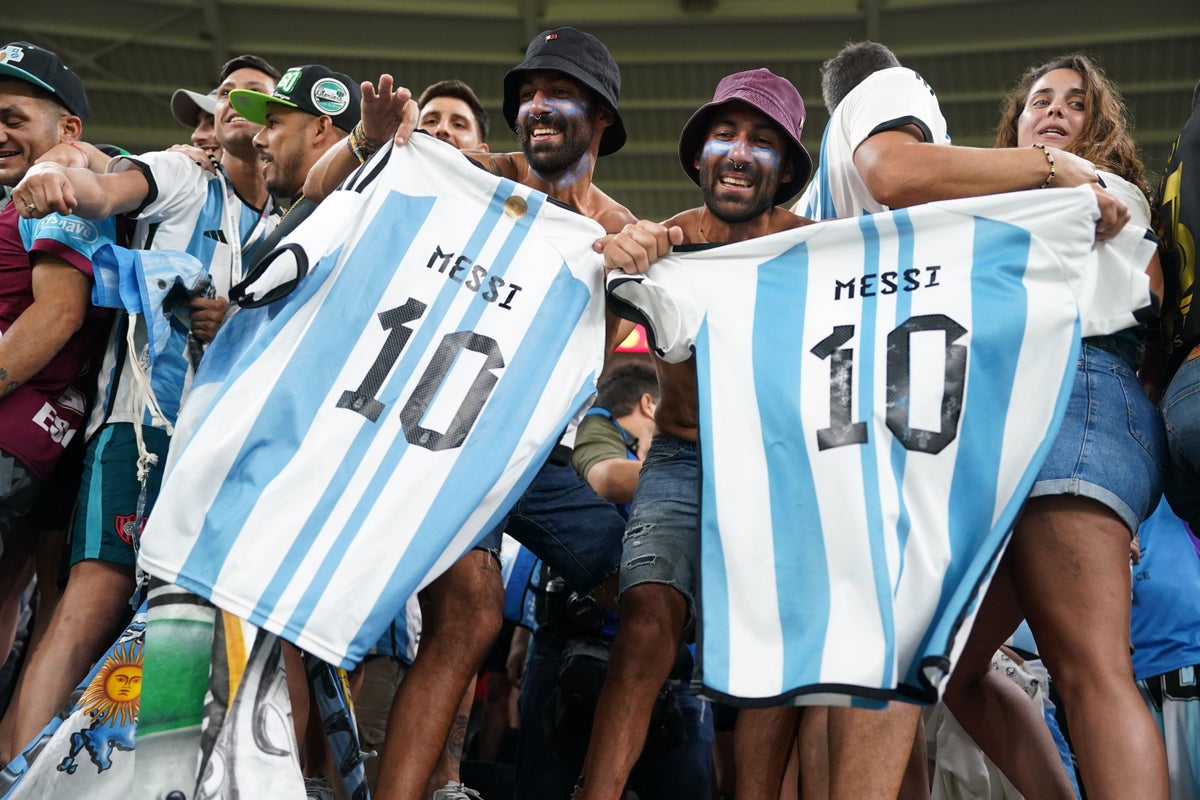 Pablo Zabaleta feels a bit of Buenos Aires has found its way to Qatar given the way Argentine fans have flocked to the Middle East to support Lionel Messi in his quest for glory in his latest World Cup.

From flags along Al Wakrah beach to drums on the subways running through Doha, the Albiceleste’s fervent support surpasses any other nation in the winter tournament.

Argentina also feels like a favorite of the neutrals in Qatar thanks to the attraction of Messi, who, 35, admitted last month that this is likely to be his fifth and final World Cup.

“It’s like being in Buenos Aires,” former Argentine winger Zabaleta, who played alongside Messi in the 2014 World Cup final loss to Germany, told the PA news agency.

“It is something that, honestly, surprises me a lot because Qatar is far from Argentina. It is not easy to get here and it costs a lot of money for flights, accommodation.

“But I think it’s because of the moment of the team before the World Cup, winning the Copa América, 36 games unbeaten, the expectation was very high and probably Messi’s last World Cup as well.

“I think I can see that Messi is enjoying every minute.

“The fans and everyone in Argentina is showing a lot of love for Messi and it would be great to see Messi reach the World Cup final again.

See also  Bellingham central to plans but who else might make England World Cup squad in 2026?

“We have been very close in 2014. We know what it means for Messi to play and represent his country. It will not be easy. Thats the reality”.

Messi has scored three goals in Qatar so far, but a shock defeat to Saudi Arabia had fans fearing the tournament could end in the group stage.

Lionel Scaloni’s side rallied to beat Mexico and Poland to win their group and edged out Australia in the round of 16 to set up a delicious quarter-final clash against the Netherlands.

“Many games in the previous World Cups have always been like special games against the Netherlands: the final in 1978 in Argentina, 98 in France, 2014 as well,” said Zabaleta, who will be in the BBC studio for their match coverage.

“It’s going to be a tough, tough game for Argentina, but obviously we all hope they can put in a good performance and win the game and reach the semifinal.”

Argentina would face 2018 semi-finalists Croatia or neighboring Brazil if they beat the Netherlands on Friday, meaning any meeting with England could only come in the final on December 18.

Zabaleta believes there is a chance of that happening, as Manchester City greats say Gareth Southgate’s side are among the favorites to win the trophy.

“I think the depth of the England squad is probably the main strength of that team,” he said.

“If you look at how many talented players they have, especially in the last third, it’s unbelievable. Two or three top players in basically every position.

“Up front you can trade three players and still have very, very strong players, so that’s something not many teams get the chance to do.

“I think it was a nightmare for Southgate to always find the strongest teams because (Marcus) Rashford has been incredible, he scored two goals and then the next game was lost and that wouldn’t happen with other teams.

“But he has just been replaced by (Bukayo) Saka, who is one of the best players on that England team and has been incredible for Arsenal.

“You also have (Phil) Foden. I think Harry Kane is the only one who plays every game because he’s the captain, he’s a great number nine, a great striker and if he’s fit and well, you always have to play.

“But then, in wide areas, you have a lot of options. The right side the same.

“I think there are great opportunities for England. Now they have a great, great game against France, but I think England are probably in the top three, top four favorites to win the World Cup.”

:: Pablo Zabaleta will be in the studio for BBC One and BBC iPlayer’s live coverage of Holland v Argentina on Friday at 7pm